Born in Matale to a family of five, Theekshana Gammanpila is the youngest in his family. Theekshana received his primary education at Christ Church College, Matale before moving out to Ranabima Royal College, Kandy for his Secondary education. He excelled in both education and sports, being the Head Prefect at his Alma Mater during his senior years and representing Sri Lanka National Baseball team and U18’s.

Apart from his Sporting achievements in school, Gammanpila was a known figure as he actively participated and headed numerous societies and was a key member in the Kandyan dancing team for his school. 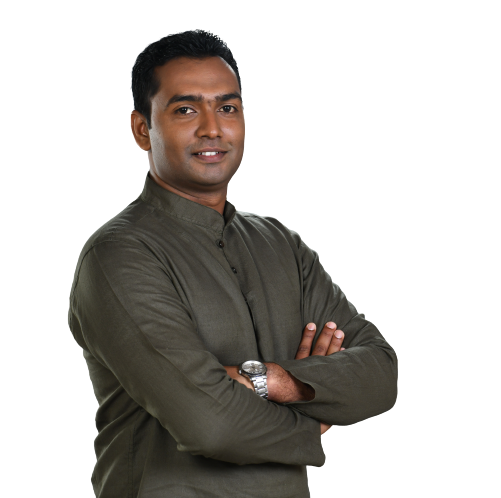 2013 was a milestone year in the life of Theekshana Gammanpila as he graduated with a (first class degree in ____) from the University of Sri Jayewardenapura. While studying, Theekshana worked at large corporate organizations such as John Keells Holdings and Access Group with the aim of setting up his career in (____). Currently, plying his trade at Dialog, he has worked 7+ years with great distinction.

His education didn’t stop from there as he successfully completed a Masters in (Subject) in 2016, adding to his vast knowledge and education.

His Political journey began in the days he was at the University of Sri Jayewardenepura. He began with baby steps, staring off as the JHU organizer in 2015 from his home town Matale.

After establishing himself in the Matale District, Theekshana joined together with the former Minister of Megapolis and Western Development, Hon. Patali Champika Ranawaka and has been working closely as his Coordinating Secretary of the Matale District.

Theekshana has completed numerous projects in his home town such as developing the Middle level of the Gongahawela Bus Stop, Rural Infrustructe Development, the Sukilapura Project under the Megapolis.

He contested for the Municipal Council Election in 2018 for the United National Party and has progressed immensely in his political journey.

Married in (Year) with a young family, and the Father to his (Daughter) Theekshana aims to continue his journey in politics as he seeks to serve his country and take Sri Lankan to new heights in Politics.